I love Steven Spielberg as an artist, but his proposal to change the rules to keep streaming companies out of the Oscars, is way off base. As the Academy Awards attempts to stay relevant, he proposes to constrict, rather than expand, the scope of what constitutes an Oscar worthy film.

Mr. Spielberg prefers to watch a movie in a theater. That’s fine, until he wants to codify his personal preference, as a requirement for Oscar qualification. Netflix follows the arbitrary rules and puts their films in theaters for the required amount of time. This isn’t good enough? Interestingly, action films make most use of the “big screen experience” and they RARELY get a nod from Oscar, outside of the technical awards. Clearly, it’s not the experience that’s being protected.

What it seems to boil down to is protecting the prestige (& profits) of the traditional studios and the ancillary distribution markets that inherently erect insurmountable barriers to entry, for the vast majority of filmmakers. If only the studios have the access and resources to fund a major theatrical release, then only the studios will be able to qualify for the lucrative Oscar. The Academy would be setting themselves up for failure, by leaving innovation behind. They will be leaving great content behind, and in the process, relegating themselves to irrelevancy.

Who will care about the Academy Awards if people know that worthy films aren’t even able to compete?

The saving grace is that the Academy voters have themselves voted for films from these new studios. Will the Academy members agree that they were wrong and can no longer be trusted? Let’s hope they vote contrary to Mr. Spielberg’s flawed plan, and continue to honor filmmaking, not the status-quo, studio club. 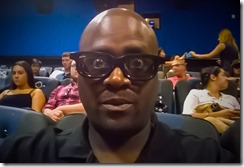 Well, check out my post-screening reaction below and then read along for some more thoughts and information about where you can experience this yourself  in Southern California.  Hint: You can pick up a load of fresh strawberries while you’re there.

END_OF_DOCUMENT_TOKEN_TO_BE_REPLACED

OK, Christmas is coming up and that means family and presents and worship and…and…big movie openings, obviously.  One of the biggest that is getting all kinds of hype, is Les Miserables and it should make a ton of money.  Watch the trailer here and then get my quick review.

END_OF_DOCUMENT_TOKEN_TO_BE_REPLACED

It has been a little bit since my last blog entry.  I have been a little distracted.  A portion of that time was consumed with shooting the next “Stuck” experience, called Textually Active.

At the end of this blog post, I have embedded the film for you to see.  If you haven’t already seen it, we’d love for you to take a peek.  We’re pretty confident that you’ll enjoy yourself.  OK, enough of that; let’s take you to your regularly scheduled blog reading, so you can see why I’m calling myself a “gifted director”.

END_OF_DOCUMENT_TOKEN_TO_BE_REPLACED

This year is the first that I haven’t had a SAG Film Society membership.  Thankfully, my good friend Heidi has one and is kind enough to let me be her +1.  We’ve seen these four films lately and I thought I’d share a few thoughts with y’all.